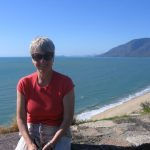 The relevant passages from the Trust Constitution :

3 : TRUSTEES
The Honorary President and Vice president of the Trust shall be established with the initial creation of the Trust. They shall be permanent ex officio Board members with full voting rights.
The charity shall be managed by a Board of Trustees who are appointed at the Annual General Meeting (AGM) of the charity.
The minimum term for any elected Trustee is 4 years with a maximum of two terms in office, though re-election may be considered after a 2 year break.
4  :CARRYING OUT THE PURPOSES
In order to carry out the charitable purposes, the trustees have the power to:
raise funds, receive grants and donations
apply funds to carry out the work of the charity
co-operate with and support other charities with similar purposes
do anything which is lawful and necessary to achieve the purposes
6 : ANNUAL GENERAL MEETING – AGM
The AGM must be held every year, with 14 days notice given to all members telling
them what is on the agenda.   Minutes must be kept of the AGM.
There must be at least 3  members present at the AGM.
Every member has one vote.
The trustees shall present the annual report and accounts.
Any member may stand for election as a trustee.
7 : TRUSTEE MEETINGS
Trustees must hold at least 2 meetings each year.  At their first meeting after the AGM they will elect a chair, treasurer and secretary.  Trustees may act by majority decision.
At least 3 trustees must attend the meeting to be able to take decisions. ‘Attendance’ includes the use of electronic  conferencing.   Minutes shall be kept for every meeting.
If trustees have a conflict of interest they must declare it and leave the meeting while this matter is being discussed or decided.
The trustees may make reasonable additional rules to help run the charity.  These rules must not conflict with this constitution or the law.
8 : MONEY AND PROPERTY
Money and property must only be used for the charity’s purposes.
Trustees must keep accounts.  The most recent annual accounts can be seen by anybody on request.
Trustees cannot receive any money or property from the charity, except to refund reasonable out of pocket expenses.
Money must be held in the charity’s bank account.  All outgoing cheques must be signed by 2 trustees.
9 : GENERAL MEETINGS
If the Trustees consider it is necessary to change the constitution, or wind up the charity, they must call a General Meeting so that the membership can make the decision.  Trustees must also call a General Meeting if they receive a written request from the majority of members.  All members must be given 14 days notice and told the reason for the meeting.  All decisions require a two thirds majority.  Minutes must be kept.
Trustees may also call a General Meeting to consult the membership

Your grant? Get in touch!

‘If you’ve met one person with autism….’

Best to enter this site via 'Home' and 'Beginnings' pages

‘If you’ve met one person with autism….’

Dr. Stephen Shore’s perspective as a professor and professional who happens to be on the autism spectrum: Lime Connect: You’ve